By buying this product you can collect up to 44 points. Your cart will total 44 points that can be converted into a voucher of €4.40.

With the Drag E60 kit, Voopoo completes the series of Drag with a new asset of small size, whose design reminds the pod drag s pnp X. An asset that will seduce vapers provided they love the big steam, with its chipset GENE TT2.0, a reinforced autonomy and a new interface that is all the rage. PnP resistors for KIT VINCI, KIT VINCI X, DRAG S and DRAG X. PRICE AND SALE PER PACK OF 5 ELEMENTS. Go into the description to find out what type of resistance is made for you and your...
8 reviews

Voopoo's Drag line has offered vapers some great models in the past. It continues in this way with the launch of Drag E60, a pod that strikes first by its aesthetic design. Indeed, this model measures only 94 x 46 x 24.9mm and the manufacturer has ideally placed the activation button, screen and navigation buttons on the same side with, on the opposite side, a leather-covered handle to facilitate the grip and comfort of the palm. 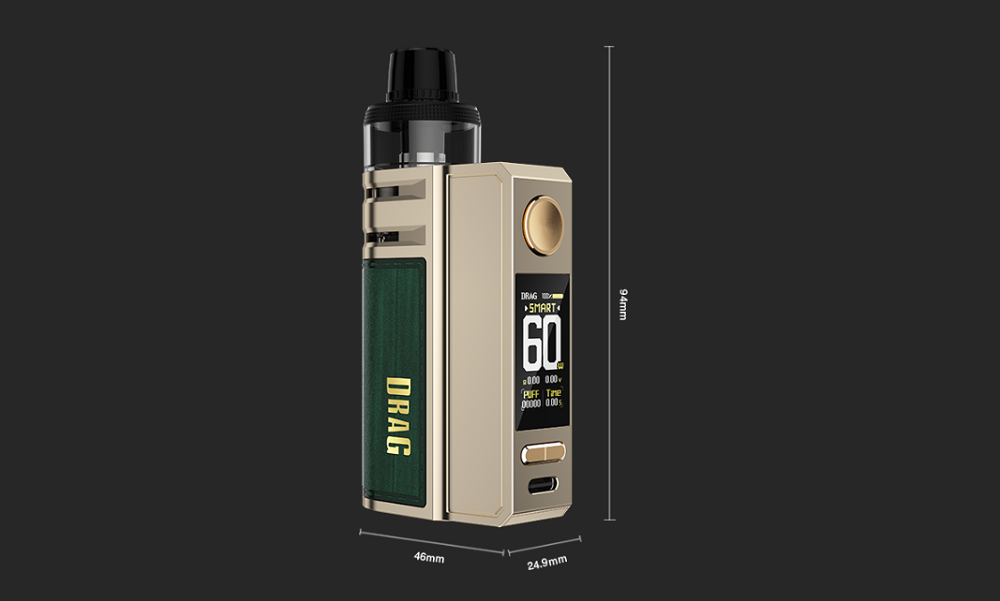 The Drag E60 is also an electronic cigarette with a clean style, minimalist aesthetic and made of zinc alloy, aluminum alloy, polycarbonate and PCTG. Beauty and solidity are therefore among its key words. 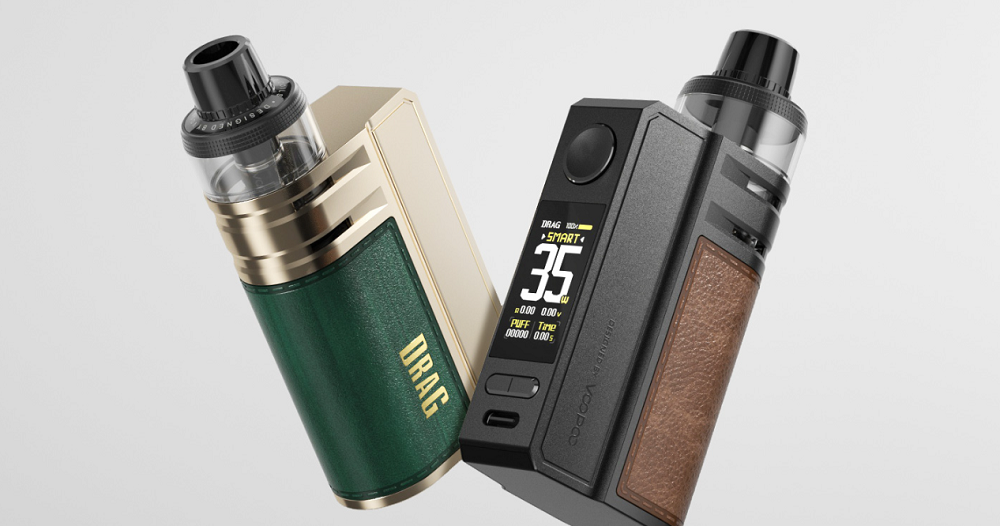 The Drag E60 is equipped with an integrated battery whose autonomy has something to impress. Indeed, it reaches the 2550 mAh, which is a high autonomy, an autonomy thanks to which the user will be able to vapoter on a long time without needing to recharge. And since we are talking about recharging, it is done at high speed and through a USB Type-C cable (included).

Secondly, the Drag E60 is equipped with the Gene.TT 2.0, a chipset thanks to which it is capable of great technical prowess. Its power ranging from 5 to 60W testifies to this, as do its Smart mode, its RBA mode and its Eco mode. The latter extends the battery life when its charge level falls below 40%.

In addition, the screen is TFT, color, clear and readable. It communicates information that will make even better moments of vape. Among the information provided, we will find the power, the value of resistance, the remaining battery level and the number of puffs. 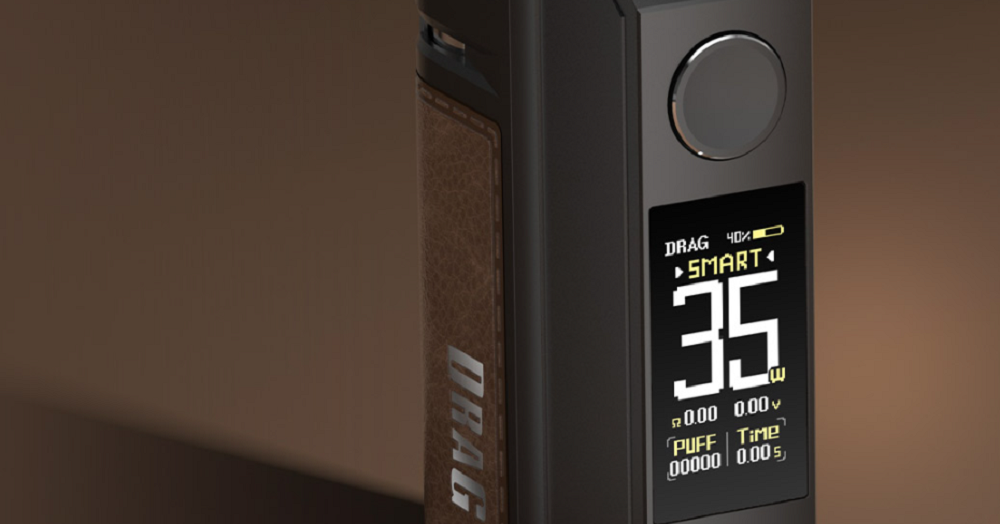 Finally, the Gene.TT 2.0 - which allows the fastest ignition - leads to the presence of 6 safety devices. The vapoteur will be entitled to a device against inhalations too long (over 10 seconds), a device against excessive discharge of the battery and a device against short circuits.

The PnP Pod II serves as the cartridge for the Drag E60. It offers a considerable capacity of 4.5ml. It is therefore possible to vapoter a long time without having to fill it with e-liquid. And as for filling, it is done from the top after unscrewing the top cap.

As for the airflow, it is present and hidden within the box. It has 2 air inlets, is located at the base of the cartridge and is adjusted by turning the latter. In addition, the airflow is regular and the design of this PnP Pod II facilitates cleaning.

Finally, there is compatibility with Voopoo PnP resistors. 2 are provided:

The user will be able to make a DL, RDL or MTL print according to the resistance he chooses among those possible. Let us specify, in passing, that the two resistors provided are equipped with Dual In One technology. This reduces the consumption of e-liquid and offers dense clouds and sweet flavors. 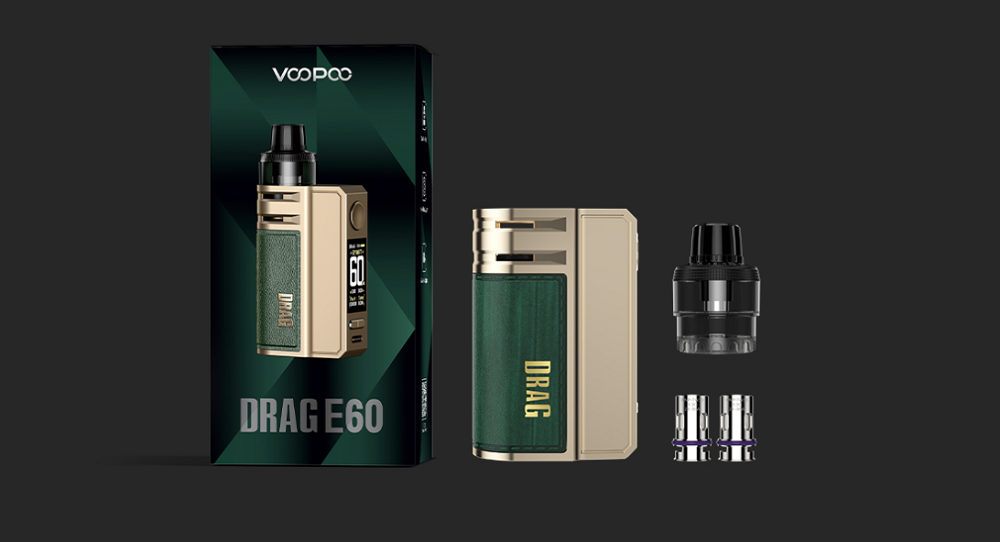 When aesthetics and practicality are combined with high technology, it results in the Drag E60. The vapoteurs will be convinced by this model and the range Drag Voopoo can only grow.